With the new generation of Citeas, VDL Bus & Coach is responding to a clear trend: more and more regionally operating transport companies prefer electric transport. This is an unstoppable development. Regional transport requires both range and passenger capacity, while passenger comfort must remain optimal at all times. The Citeas offer a large radius of action, even in adverse weather conditions. Will we see them on Irish roads in the future.

The new Citea product range consists of four length variants and five types: LF-122 and LE-122, LE-135, LE-149 and LF-181. All types are extremely suitable for both city and regional transport, with the exception of the 18.1-metre low floor, which comes into its own as a city bus. The 13.5-metre variant is an efficient vehicle on 2 axles that can compete with a 3-axle vehicle in terms of seating capacity. Not having the third axle means a lower purchase price, minimal repair and maintenance costs and more favourable energy consumption.

A novelty in the new generation of Citeas is the composite sidewall, which is constructed in one piece and developed by VDL Bus & Coach itself. This causes less vibration and filters the noise coming from outside. In addition, it leads to less energy consumption. The innovative composite sidewall construction is 15% lighter than a conventional sidewall. Furthermore, the introduction of this composite sidewall has greatly improved the insulation of the bus, which in turn has significantly reduced the consumption of the climate system. There are no longer any cold bridges in the sidewall either. The result is more comfort for travellers.

The standard battery package of the new generation of Citeas is integrated into the floor. The absence of batteries in the passenger compartment ensures optimum passenger flow and maximises the number of seats. By placing the batteries in the floor, the centre of gravity of the bus is lower, making road holding more stable. Driver comfort has also been significantly improved.

One of the most important principles in the development of the new generation of Citeas is about increasing the minimum number of passengers. An efficient vehicle layout, low unladen weight, optimum weight distribution and the length of the bus are the results. The accessibility of the bus has improved. At the same time, more people can ride along: up to a maximum of 110 people in a 12.2-metre vehicle. Each type of Citea from VDL Bus & Coach has room for at least 45 seated passengers. 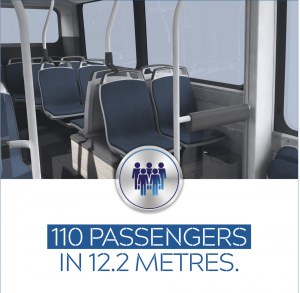 The new generation of Citeas is based entirely on an electric powertrain. When developing this kind of e-vehicle, you are no longer tied to the fixed locations of components that you previously had to take into account, such as the position of the combustion engine. As a result, VDL Bus & Coach has been able to determine the technical design entirely on its own and to distribute the weight of the components as optimally as possible by, for example, laying the batteries in the floor, integrating the motors into the wheels and positioning the axles and doors in the most favourable location. 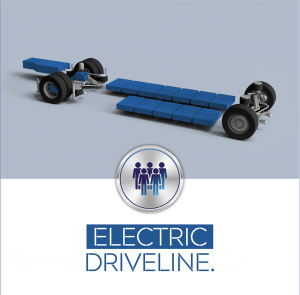 PIN PIC: EasyMile has won a project worth €4 million for a fleet of autonomous shuttles at Belgian tourist site Terhills

The shuttles will run 7 days a week, for up to 10 years. The new service includes a complete transport system, validated safety, and…

100 new Zero Emission buses and EV charging infrastructure are heading to Translink in Northern Ireland.   The new battery electric buses will be supplied by…

City Sightseeing Glasgow  will launch a full fleet of brand new electric open top buses, supplied by Wrightbus, making it one of the world’s…

Euro Bus Expo returned to the NEC this week

Thousands of bus and coach industry professionals attended the Euro Bus Expo 2022, as the highly-anticipated event returned to the NEC Birmingham this week….

Bus Éireann has celebrated its employees’ achievements in 2022 at the regional annual GEM (‘Go the Extra Mile’) Awards, which recognise excellent customer service,…